Welcome to our 20th- annual Acadian Culture Celebration!  This event is focused on celebrating, demonstrating, and honoring Acadian heritage in Acadiana and beyond!  This year’s theme is What’s Happening Today, so as you dance, eat, and learn, consider the impact of this history on the Acadian experience of today! 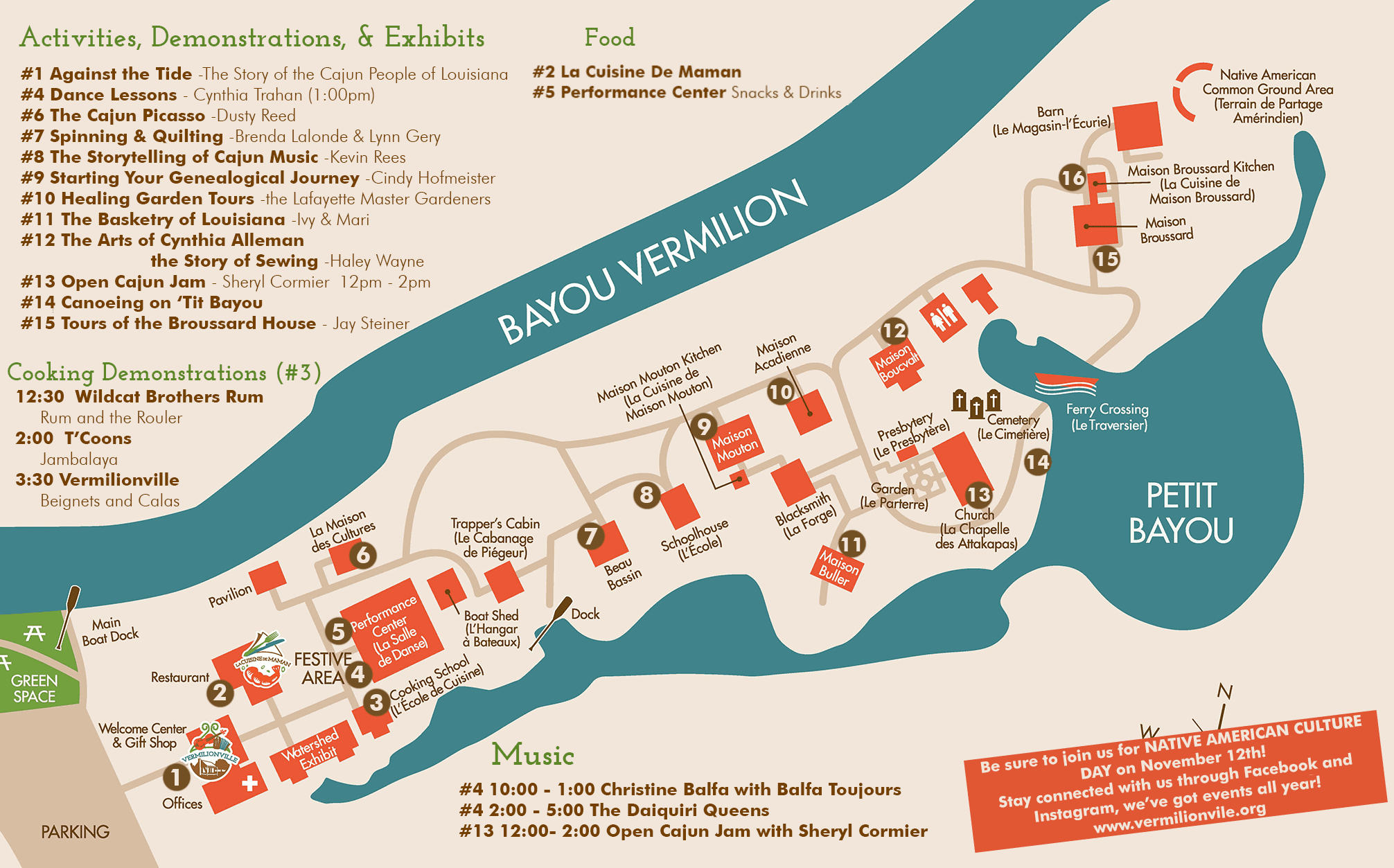 A celebration of music! 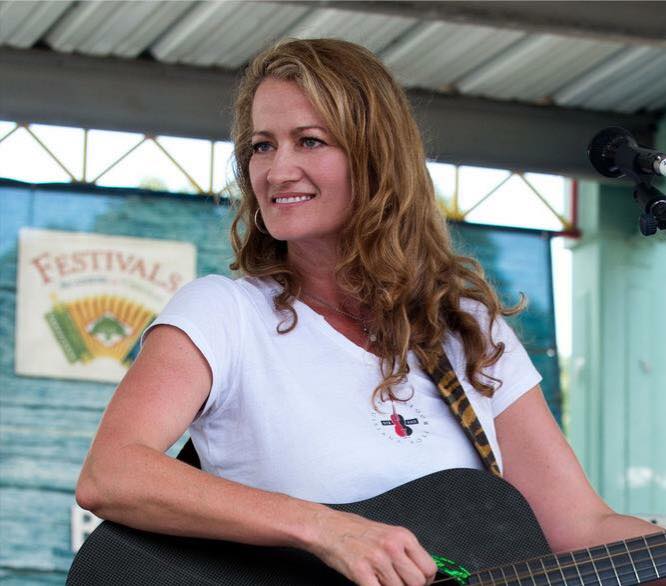 Following in the footsteps of Cajun innovator Dewey Balfa, the Balfa Toujours have toured tirelessly to preserve Cajun music and traditions. Fronted by Dewey Balfa’s daughter, Christine, the Balfa Toujours—meaning Balfa forever—celebrate the Cajun heritage founded by French immigrants in an area of Louisiana known as Acadia. The group’s distinctive sound rests on a combination of fiddle and accordion, creating a lively musical brew decorated with French lyrics, and a rhythmic drive perfectly suited for dancing. “Beyond their technical skills as musicians,” wrote Cajun Life and Times, “the members of Balfa Toujours succeed in conveying the spirit of the music played by Dewey and his brothers, giving voice to the deep emotions of happiness and sorrow that contribute to Cajun music’s universal appeal.” 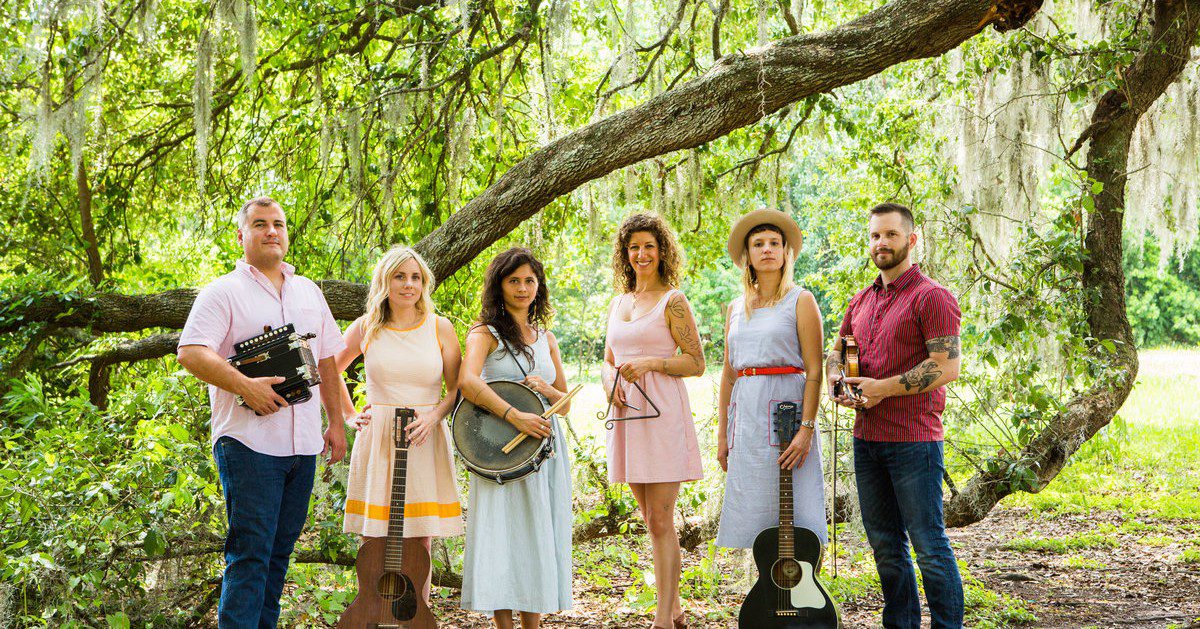 A unique mix of musicians come together to form the Cajun power group, The Daiquiri Queens. Hailing from the Lafayette area and New Orleans, this female-fronted group was born out of close friendships and a mutual love of classic Cajun dance music. The Daiquiri Queens made their debut at the 2017 South Louisiana Blackpot Festival & Cookoff (right here at Vermilionville!), and have since gone on to become local Louisiana favorites for late-night dances and major festivals alike.

Fronted by guitarists Jamie Lynn Fontenot and Miriam McCracken, the Daiquiri Queens bring a fresh new take and style to traditional Louisiana French music. Their sibling-like harmonies, paired with the seasoned playing of accordionist John Dowden and fiddler Kelli Jones, infuse their music with a homespun and energizing feel. Chelsea Moosekian provides the drums in the rhythm section, and all of this comes together to build the Daiquiri Queens’ unique sound — fun and upbeat interpretations of dancehall era two-steps and heartbroken waltzes featuring the Queens’ signature flair. 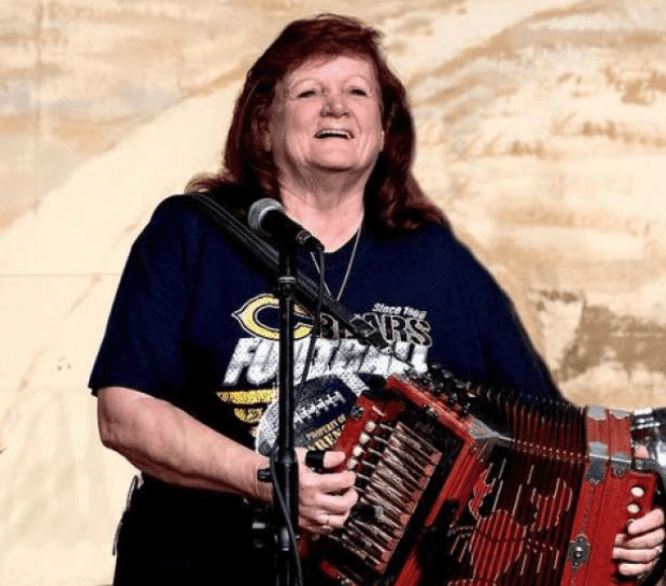 Sheryl Cormier is one of the first women to truly establish herself in Cajun music, celebrated as the first professional female Cajun accordion musician.  Sheryl started her first band in 1990, which included her husband Russell singing and her son Russell Jr. playing the drums.  Together they recorded her first of many albums, Queen of Cajun Music (“La Reine de Musique Cadjine”).  In 1992, she released her second album, Sheryl Cormier and Cajun Sounds.

Throughout the 1990s, Sheryl toured Europe bringing her energy and Cajun musical style to the international scene.  In 2002 the Acadian Museum named her a Living Legend, and in that same year her count of released recordings hit 45.  She has been named The Cajun Queen, a title recognized in the United States and throughout Europe.  She was voted the Female Vocalist of the Year by The Times of Acadiana, and her song Mon Coeur et Mon Amour won Best Song at the Cajun French Music Awards in 1989. Her band won Best Upcoming Band that same year. Cormier was nominated for a Grammy Award in 1993.

In 1997, she was voted into the Cajun Music Hall of Fame. 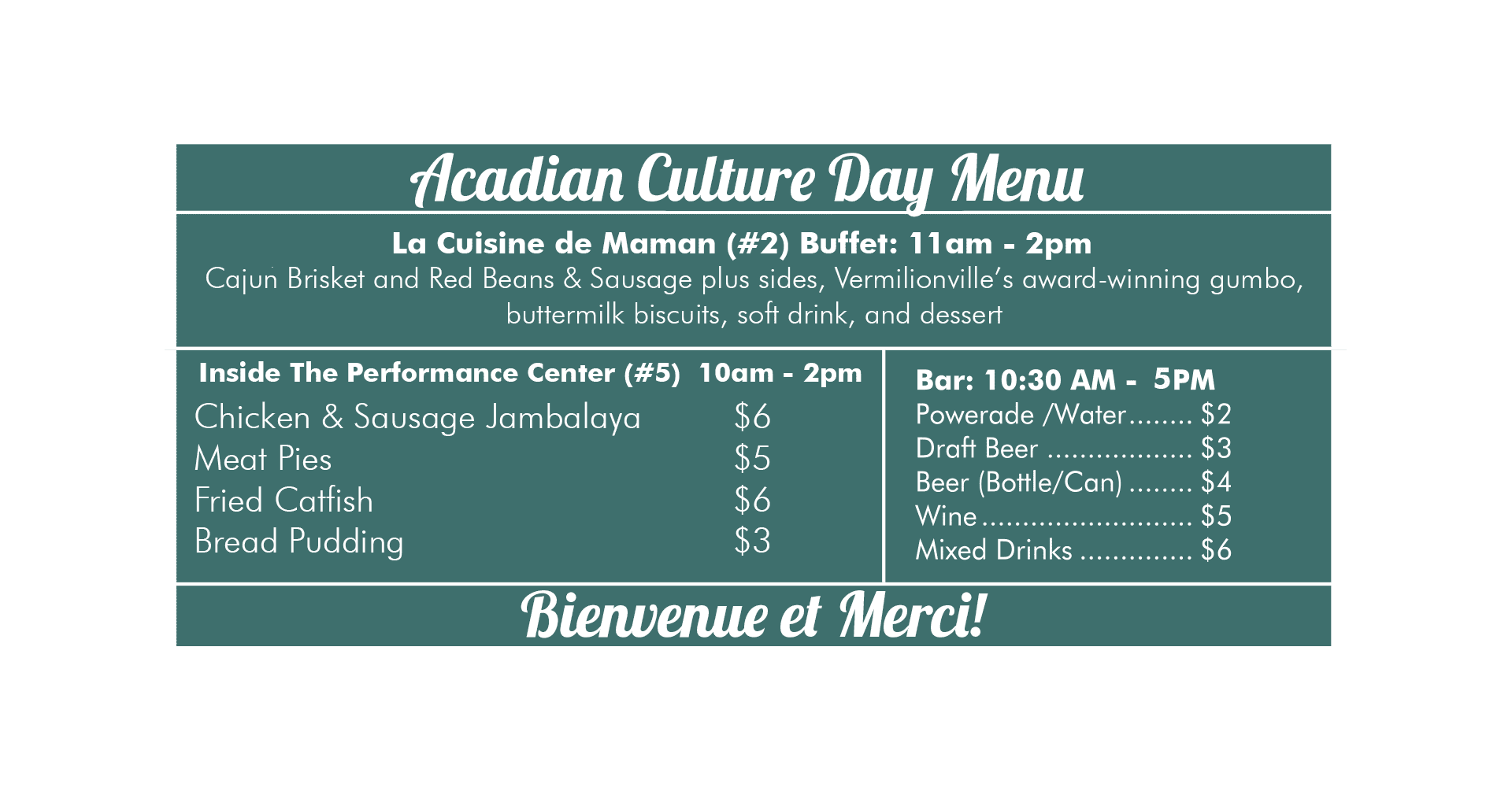 Our Acadian Culture Day is sponsored in part by the Lafayette Consolidated Government, the Acadiana Center for the Arts, the Louisiana Endowment for the Humanities, the New Orleans Jazz & Heritage Festival & Foundation, and the Vermilionville Living History Museum Foundation Inc.

ABOUT THE BAYOU VERMILION DISTRICT

Since 1984, Bayou Vermilion District has worked to beautify, conserve, and manage sites along the Vermilion, ensuring the preservation and enhancement of the natural, cultural resources for its citizens. The Bayou Vermilion District’s mission focuses on the environment and the unique culture of Lafayette. On the cultural side of our mission, the Bayou Vermilion District opened the Vermilionville Living History Museum and Folklife Park as a way to increase appreciation for the history, culture, and natural resources of the Native Americans, Acadians, Creoles, and peoples of African descent in the Attakapas region through the end of the 1800s. Through historic interpretation and conservation along the Bayou Vermilion, we strive to educate guests on the interactions of these groups and the connections between past and contemporary folklife, thus empowering guests to apply these lessons from our shared histories. For more information, please visit www.bayouvermiliondistrict.org or Vermilionville.org.