“It would seem that people need periodic times of escape from work, times in which they can be joyous together.”

Rituals, rites of passage, medicine, and religion are Social Folk Customs, as well as recreation, games, and festivals. Vermilionville recreates many historical social folk customs, including Mardi Gras, St Joseph’s altar, Boucherie, tintamarre, and “pâcque.” We use folklore and folklife in the museum to recreate past social situations and to encourage our guests to reflect on the role of tradition in their own lives.

Social folk customs focus on group interactions rather than individual skill or performance, like folk arts (Dorson). It can be 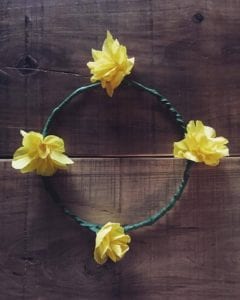 a shared tradition or belief, such as nailing a horseshoe to the front door to avert witchcraft or funerary traditions, a rite of passage that one participates in many times but only has once. If you visit the 1800s Menachim Aveilim cemetery in Lafayette, you will see the Jewish tradition of placing small stones on graves.

One large social folk custom that can be found in all regions of Louisiana is festival. Some social folk festivals were transformed, or repurposed by Catholics, the primary religion of the settlers in south Louisiana. The Catholic Pope coopted the winter solstice celebrations into a celebration of Jesus birth on December 25th, and merged the Celtic New Year’s festival of Samhain into All Saints and All Souls say, preceded by All Hallows Eve (Halloween). The celebration of the Eve of All Hallows varies by religion and region, and always is a way of connecting with the dead or spirits in the afterlife. Some Louisianans still clean and decorate graves for All Saints day.

Warding off spirits or omens combines folkloric sayings and social folk custom. A 1945 Louisiana folklore collection Gumbo Ya Ya: A Collection of Louisiana Folk Tales includes accounts of “superstitions,” or folk beliefs, for example “if a black cat crosses your path, make the sign of the cross on the ground with your foot.” Do not be alarmed if you see a black cat while visiting Vermilionville, ours are good luck. Many of these recorded practices combine folk religion and folk medicine, practitioners of which are called “traiteurs” in south Louisiana.

In all social folk customs there is participation, without which you are an observer. Recently “there is a strong tendency for community festivals to become transformed into holidays in which spectacles are witnessed” in person or on television. And yet we all participate in social folk customs without realizing it: making a wish before blowing out birthday candles, spring break, or a bachelorette party (Dorson).

If you would like to participate in a haunting All Hallows Eve, register here for tickets and save the date: Saturday October 31st at 7pm

October is National Folklife Month, celebrate it by visiting Vermilionville! As a living history museum and folklife park, you can reflect on all the four main areas of folklife: folklore, folk custom, material culture, and folk arts. Our artisans make folk crafts, adding to both our digital and physical collections. “Made By Hand” is a collection of artisan-made objects crafted at Vermilionville within our historic village. Our artisans continue to pass down these folk traditions to future generations and their love for their work is reflected in the care they take in making these artifacts.

Folk craft is distinguished from folk arts, which cover “fine arts” such as sculpture and painting, and is generally passed down by tradition. At the turn of the century and into the 1900s, “how-to” manuals became popular as well as documentation by ethnographers and folklorists. Manuals allowed hobbyists to teach themselves but learning from a master continued well after the Industrial Revolution (Dorson). Carpenters, tinsmiths, wheelwrights, metalworkers supplied the built environment in 19th century Louisiana and comprises most of the museum’s material culture.

Folklore and Folklife: An Introduction. Edited by Richard Dorson.

Vermilionville is open six days a week, Tuesday through Sundayfrom 10:00 a.m. to 4:00 p.m. Please keep in mind that we stop taking admission at 3:00 p.m. daily as it takes approximately an hour to an hour and thirty minutes to tour our historic village. 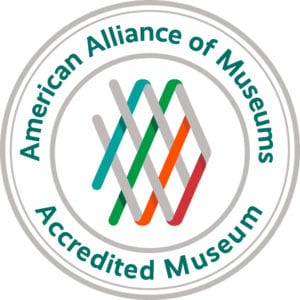 Children (under 5): No Charge

Children (under 5): No Charge

* Disclaimer: In order to receive the reduced admission rate, groups must be booked in advance and one payment made upon arrival.

Vermilionville is completely handicap-accessible. Our attractions are outfitted with a wide ramp for wheelchair and walker access. If you require a wheelchair, please inquire in the gift shop and we will be happy to provide you with one to utilize during your visit.

Vermilionville is located in the heart of Lafayette, Louisiana, right across from the Lafayette Regional Airport off of Surrey St.